History, News and Reviews on the Best UK Movies of All Time

Welcome to Smokescreenlondon.com, a UK movie review site where you can find all about the best UK movies, film festivals, events, news and interviews, top picks and all about the London movie scene. You can subscribe to our mailing list and always get the top movie news and latest movie reviews.

The Uk film industry exists for over a century. The first British film was developed on a celluloid film in Hyde Park in London in 1889 by William Friese Greene, who patented in 1890. But the first people that made a 35mm camera were Robert W. Paul and Brit Acres in 1895. They made the first Britsh Film – Incident at the Clovelly Cottage. Shortly after more British film companies started to demand development of new movies.

The Evolution of UK Cinema: Origins and Facts

Most of the earliest British films were inspired by everyday events, but in the early 20th century we can notice the appearance of narrative shorts, mainly melodramatic and comedies mostly adaptations of Shakspeare dramas and Dikens novels.
In the first decade of the 20th century, more than 30 movie studios were established in London and that allowed the British film industry to take a great part in the local movie market and abroad.
John Maxwell is the founder of British International Pictures in 1929. He collaborated with great names, such as Alfred Hitchcock. The movie industry represented fantasy movies, thrillers, and melodramas. Later, in time of the Second World War, the British movie industry started to use documentary techniques. In the 1960s the movie industry developed commercial feature movies. They started to make movies about the working class, erotic scenes and casual violence.
The 70s and 80s were very productive about horror movies, gangster dramas, and comedies. The British movie industries never stopped to wonder and to try new things, to become one of the best movie industries in the world and to make the best UK movies of all time. Since the early days of their existence, they were making a lot of collaborations with the U.S. studios, as it is today.

The British movie industries were very productive and they are making movies for more than a century and they have plenty of masterpieces left behind. We made a list of the top five best UK movies of all time.

1. A Clockwork Orange (1979) – This masterpiece was directed by Stanley Kubrick and it’s one of the best UK movies ever. It’s a crime movie with disturbing psychological content and violent images about juvenile delinquency, teen gangs, and other social and political subjects.

2. Goldfinger (1963) – One more of the best UK movies in the 60s, the critics call it perfection. The movie is one of the many stories about James Bond, the third adaptation to be exact, as he saves the world and fights villains. This heroic movie about Agent 007 deserves a top place among the greatest.

3. Four weddings and a funeral (1994) – One of the top British movies directed by Mike Newell. The movie represents a simple and most honest expression of laughing and crying. It is a romantic comedy with humor flowing. A modern comedy with a traditional theme.

4. The Italian Job (1969) – It was a director by Peter Collinson. The critics call this movie pure joy. It is the most British movie of all time and of course, it is one of the top best UK movies. A great action movie with all the beauty of the 60s expressed in the best way you could imagine.

5. Harry Potter and the Deathly Hallows: Part Two (2011) – Spectacular finish of the movie series franchise directed by David Yates. One of the best UK movies and the top of all Harry Potter movies.

The Magical World of J.K Rowling

J.K. Rowling introduced us to a beautiful fantasy wizarding world, starting with the first Harry Potter book – Harry Potter and the Philosopher Stone, followed by 6 more books and eight movies. They become the top best-selling book series in the history of top best sellers. There are also a series of Harry Potter video games. Another way of having fun and the top experience of the wizarding world is the Harry Potter-themed slots games. It is about these online casinos that offer a lot of casino bonuses, and the best thing is that these are legal casinos. While entering into Hogwarts, you can make some real money playing the slots games. The rewards can be magical and many online casinos provide welcome casino bonuses.
The online casinos could be just the thing you’re looking for. Witches and wizards, don’t miss out on the chance for the top experience and the casino bonus providing the legal casinos. Swing with your magic wands and earn some real money! 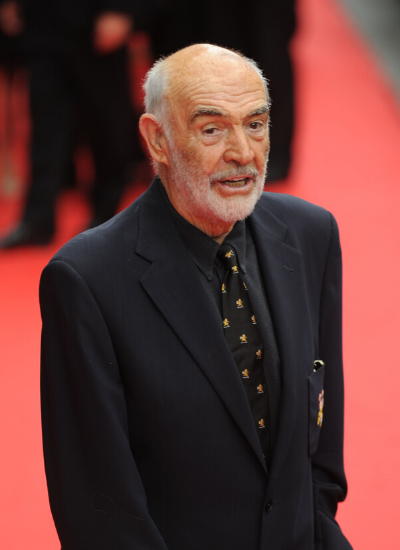 Most Respectful and Accomplished Actors of All Time